On 28th Jan., 2018, a two-day conference held by Guangxi Jinmeng Manganese Industry Co., Ltd. and ended in Yangxin Valley Resort, Longmen Scenic Area, Nanning. The 2017 is a solid year for Jinmeng to stand on the new historical start. As the manganese industry leader in southern China, Jinmeng Manganese achieved gratifying achievements in this year, with its improving economic & social benefits gradually. JMI present a good development situation of stability, health and sustainable. 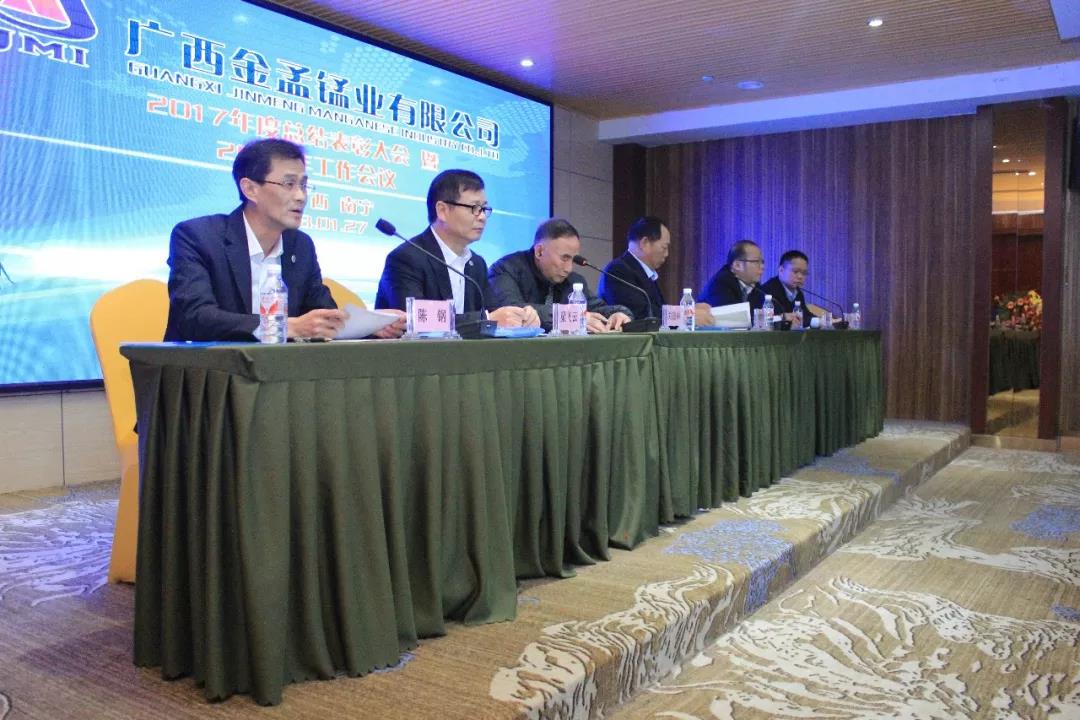 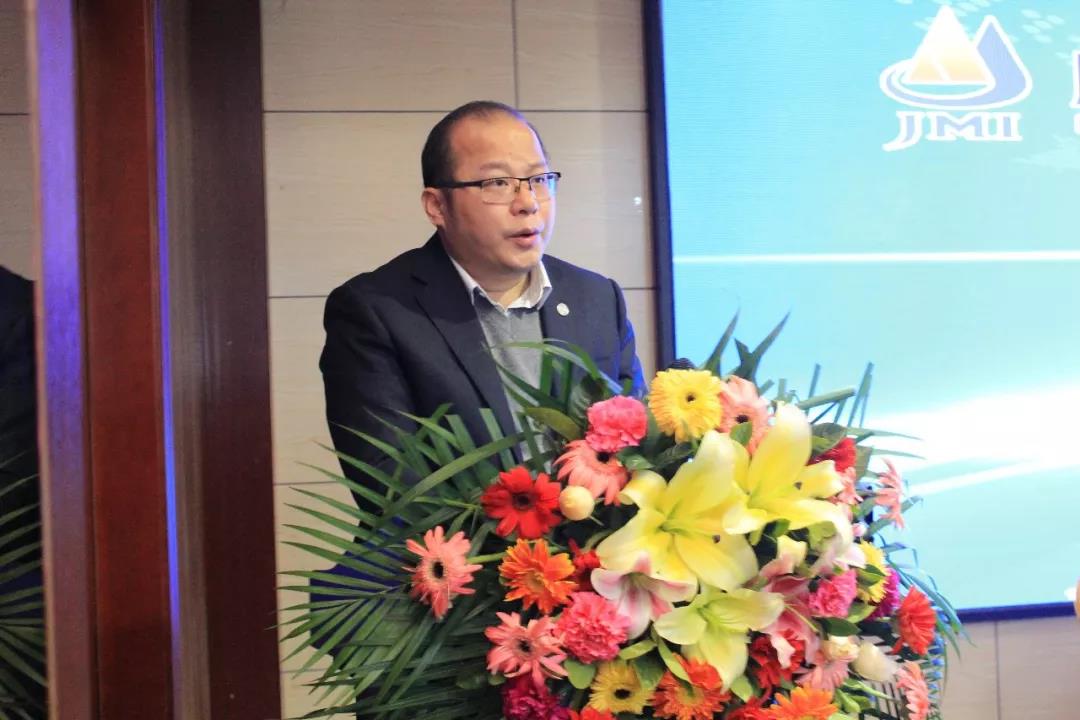 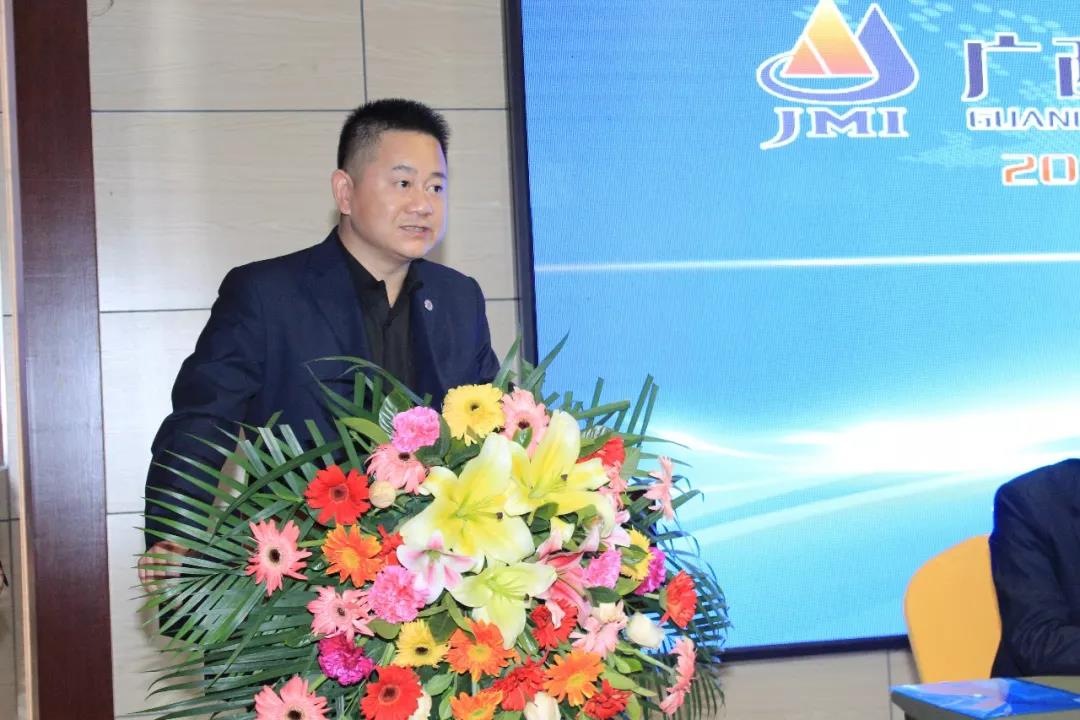 Among the reports, Lu Wanzhou, General Manager of JMI, reported & summarized the business performance, the business scope and the problems of the subsidiaries operation in 2017. Regarding the work arrangement of 2018, he pointed out that there are three main business goals, which are ore trading, production & sales of silicomanganese and the operation of overseas mining. In addition, the focus of JMI’s operations in this year will be to implement the strategy of low-cost management, strengthen quantitative assessment, construct human resources and improve staff quality. 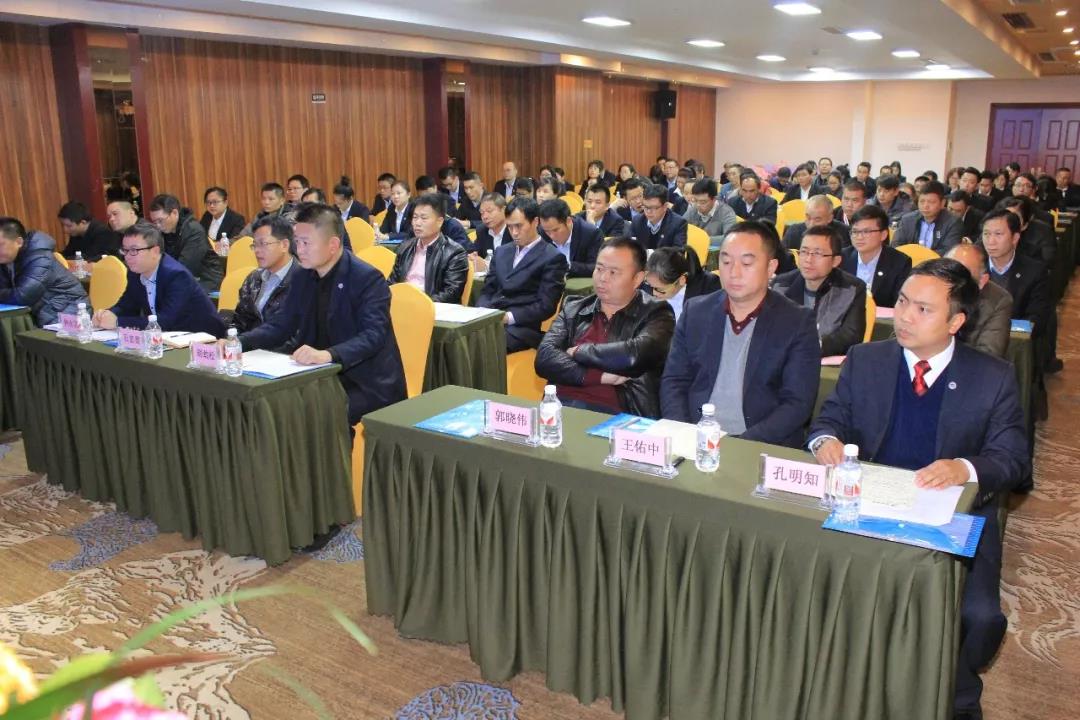 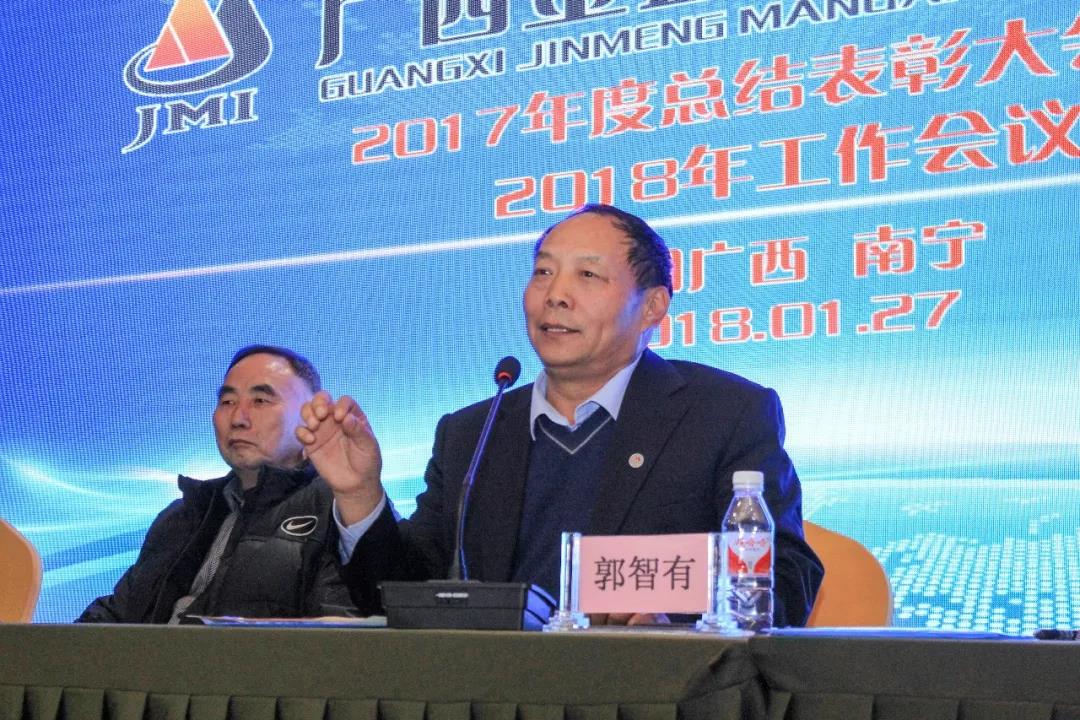 During the conference, Chairman Guo Zhiyou reviewed the development of JMI all over the years. Since 2009, we have made an outstanding management performance, every subsidiary improved their technical level continuously, product quality & production costs have a great progress, what of all created the present stage. Now, JMI becomes a modern enterprise with high-quality, high-standards, who has completed entire capabilities of project design & construction, and standardization production & operation. Since 2016, JMI have made a profit instead of suffering a loss. In 2017, the sales revenue of JMI doubled comparing with 2016’s, and the sales targets & profits also have increased.

At the conference, Guo Zhiyou, chairman of JMI, pointed out that under the leadership of General Secretary Xi in the past two years, more and more enterprises have chosen to go abroad with the policy opportunities of " the Belt and Road". In addition, under the trend of increasingly stringent steel industry environmental standards in the domestic, the demand of manganese ore & its products will certainly increase and grow steadily. The two mines in Gabon, which planned by JMI will provide solid guarantee for company’s development.

Chairman Guo Zhiyou expected the same indicators of 2018 sales plan would be a double compare to 2017’s. At the end of 2018, the main production capacity of JMI would be fully released. In 2019, JMI will gradually take the speaking right of manganese production market. The future work will focus on the following points: To strengthen human resources construction, improving operational efficiency & reducing management costs, establishing good cooperative relations with other companies, and paying more attention to the spiritual civilization construction in every subsidiary.

At last, Chairman Guo hoped that employees would give more suggestions to our company, work together to make it better. He also expressed his best wish to all Jinmeng employees for the coming Spring Festival.

The winners of the "Jinmeng Stars", "Advanced Workers" in 2016 & 2017 were also honored, then presented with trophies & bonuses. 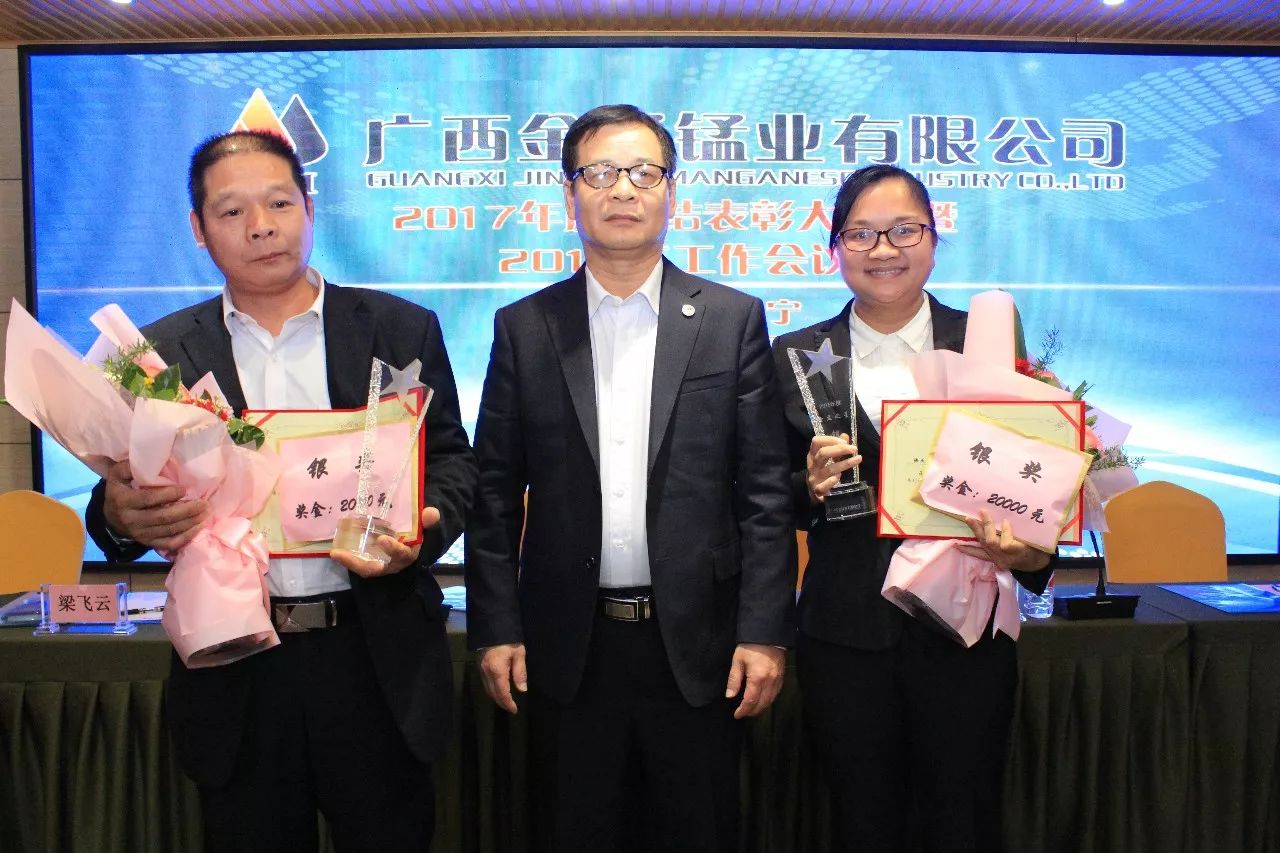 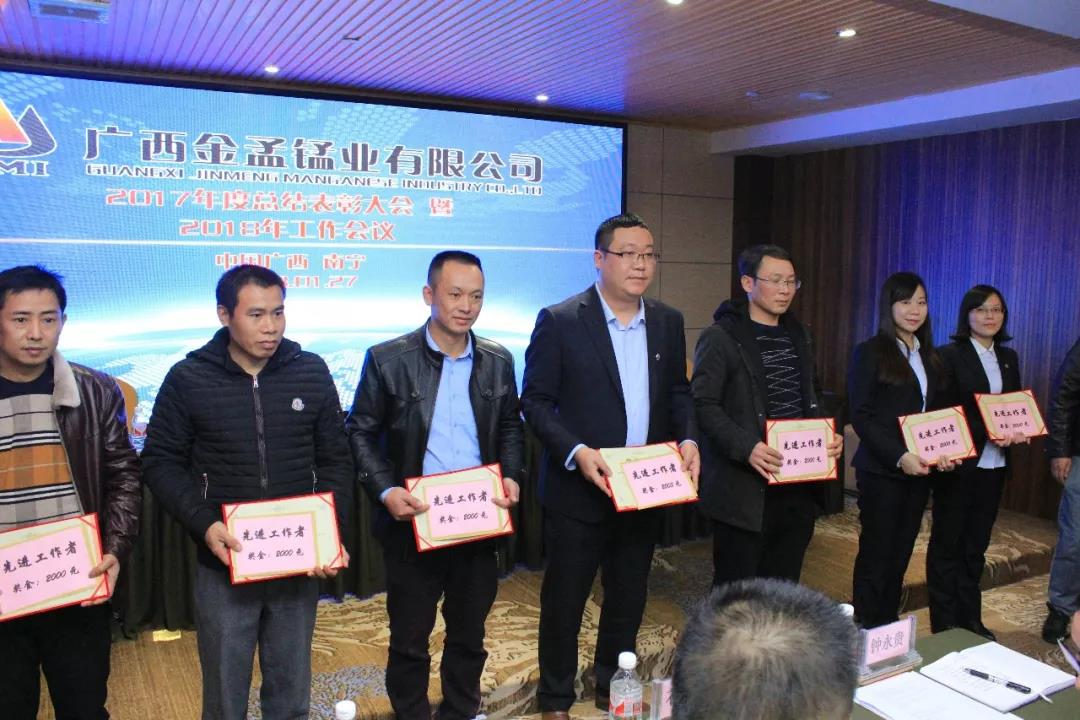 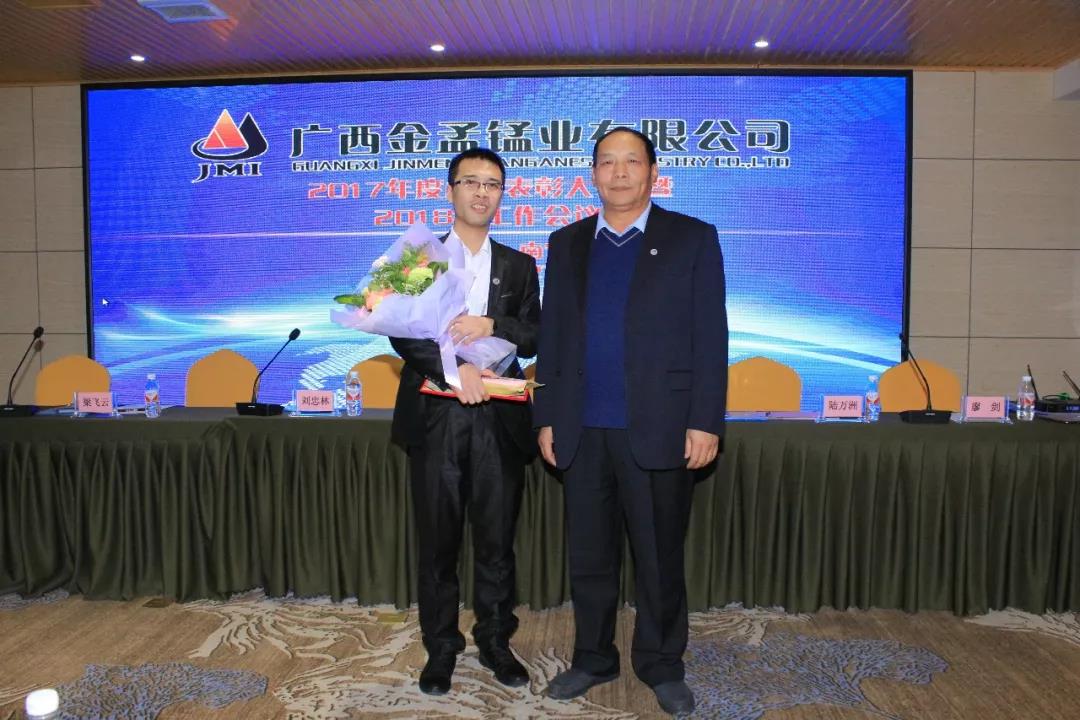 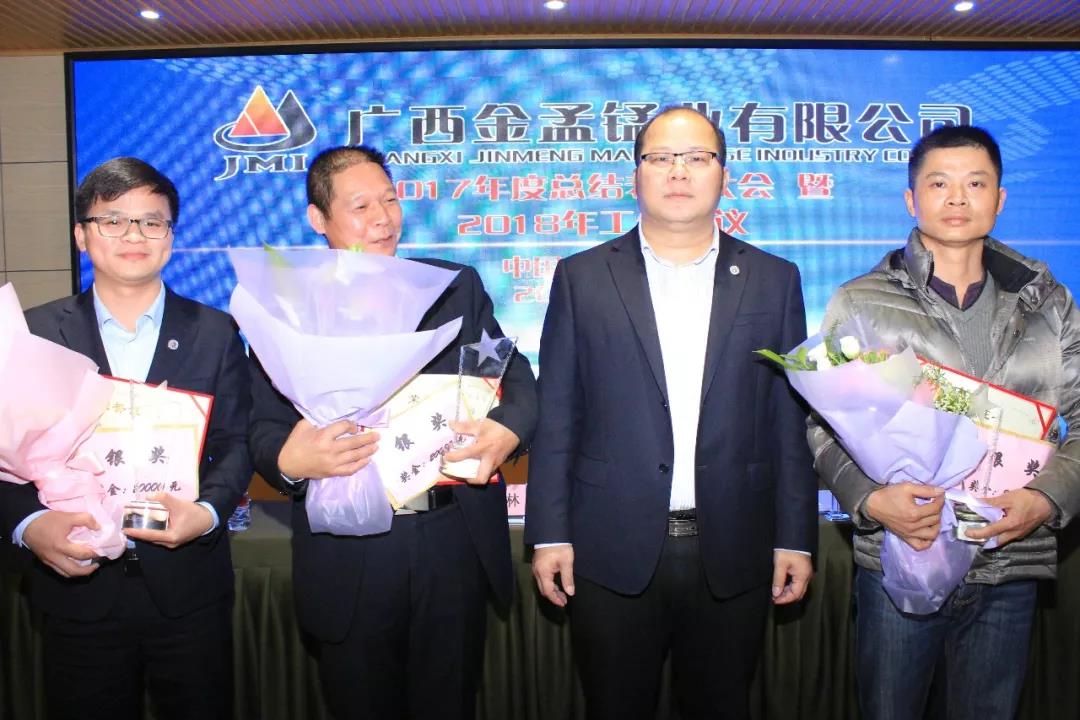 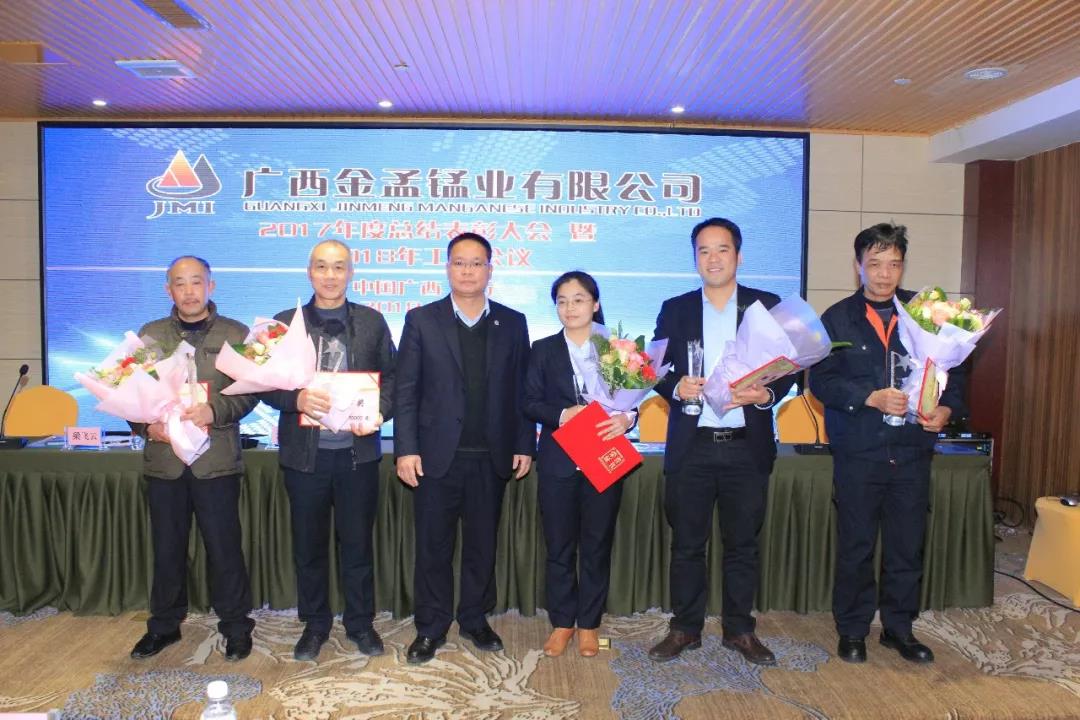 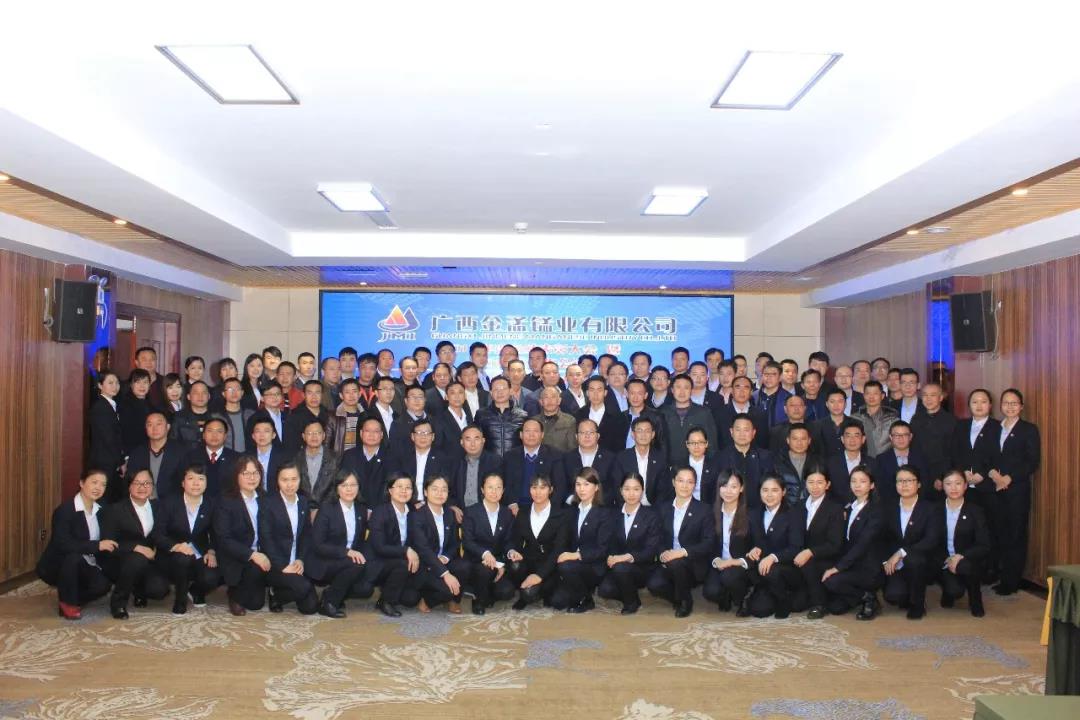 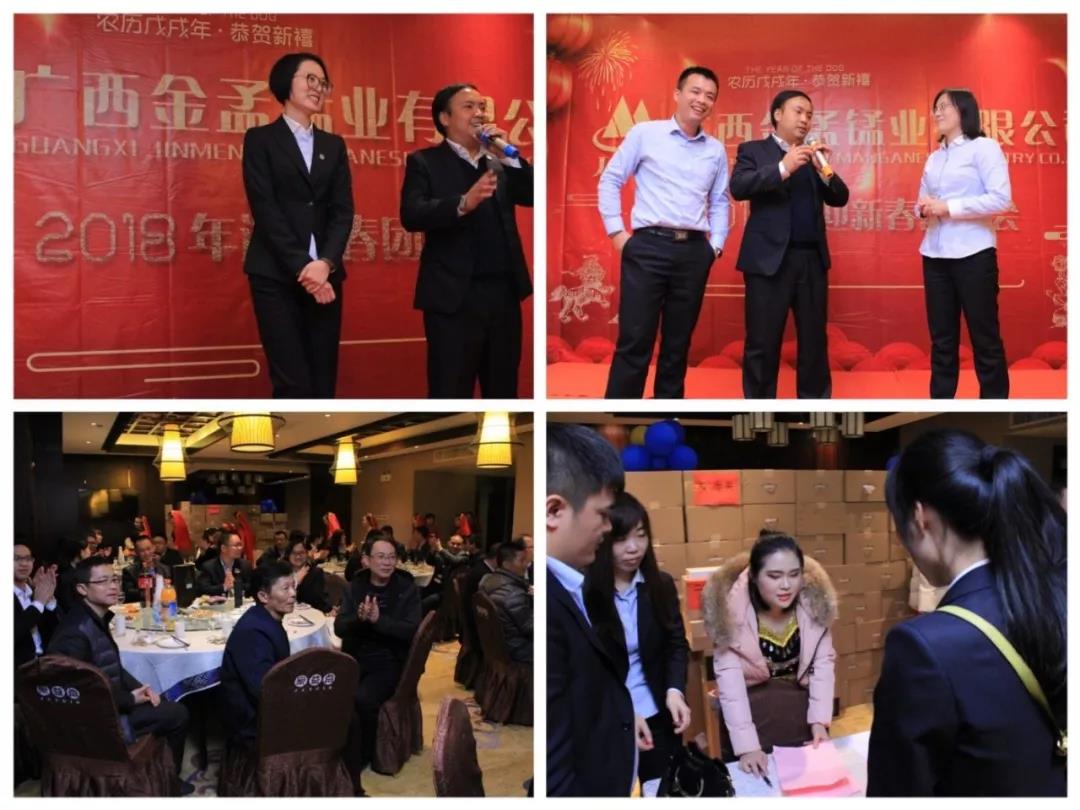